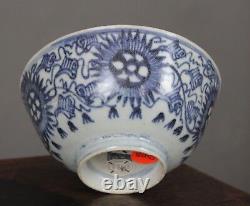 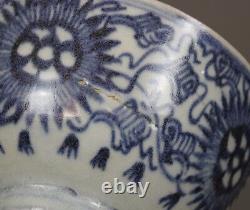 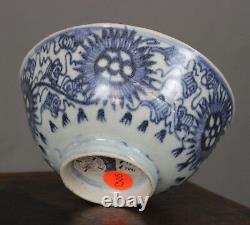 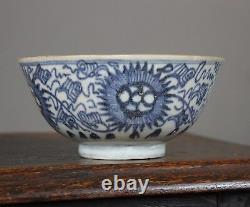 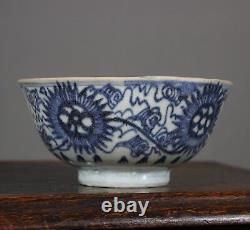 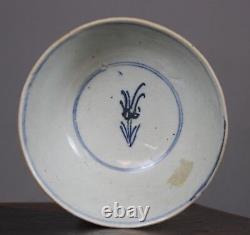 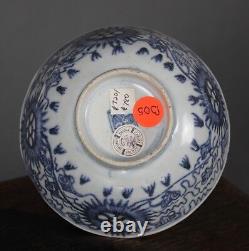 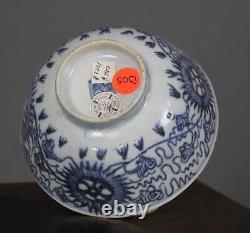 The Diana Cargo c1816 Chinese Export Qing Dynasty Starburst Pattern Small Size Bowl. The exterior painted of this bowl is painted with a dissolved chrysanthemum and conch design comprising full blooms alternating with pairs of dissolved conch shells Condition: Nice colouring to the interior and exterior, no chips, or hairlines, a few manufacturing faults Size: 14.2cm in diameter. I attended the sales and will provide a scan of the relevant pages from my catalogue. She made one round trip a year; out with the late summer monsoon, and back with the early Spring one. These surpluses took the form either of bills drawn on the HEIC in London, or were carried in cash as Spanish silver dollars, minted in Mexico and freighted across the Pacific in Manila galleons. In Canton, official foreign trade was in the hands of thirteen Hong merchants who bought up all the foreigners imports, and sourced all their return cargoes. Small tongkangs took the cargo down from Canton to the waiting vessels. Of the Indonesian archipelago, and to India, the Cape of the Good Hope, and the established entreport ports of Western Europe. For Madras, and her loss caused a grave shortage of these items until the next season. During the first six months of 1994, DIANA was systematically identified, measured, mapped and excavated by a team of ten divers. Despite very poor underwater visibility, strong currents and deadly night time storms called Sumatras, MHS managed to complete the recovery without accident.

TV cameras and lights were mounted on the divers helmets, and the entire underwater excavation was recorded on video. Representatives from the Malaysian Marine Department, and Museums Department, monitored the operation, and a representative sample of both organic and inorganic recoveries was donated to the Maritime Museum in Malacca. From the cargo they recovered tutenague, alum rock, glass beads, green tea, ginger, rhubarb, ginseng, camphor, cassia, star anise, dried fish (now very wet), animal bones and straw. The ginger had been packed in ginger jars, still strapped and sealed as they had been in Canton in 1816.

Unlike the wood of the hull, the cedar planks of the chests containing the cargo were largely intact and many still carried the consignees marks. One chest in particular, bearing the words? GC & CO, MADRAS NO. The bulk of the cargo was of course the porcelain. Over eleven tons of porcelain, just under 24,000 intact individual pieces, were recovered from the wreck.

There were two great high-points in the salvage. The watches, the church services, the meal times. But recovering the porcelain gave us all just as much pleasure.

The cargo contains porcelain from the early 19. Century of a type very familiar to ceramicists.

It marks the revival of the China Trade after the ending of war; old, established types of shape and pattern blend harmoniously with new innovations. In Jiangxi Province, always contained conservative potters, producing wares are which they knew from long experience still remained in broad terms popular with western supercargoes in Canton. But there were new ingredients now, in the complex Asian maritime trade.

Americans were coming to Canton directly, via California. Straight back to the Eastern seaboard. Many American collections contain this sort of blue and white export porcelain; some of it with the Fitzhugh pattern, much with the distinctive rain cloud border that evolves from 18.

The porcelain was clearly popular in India, too; this was being imported for the cream of Madrassi society, the Anglo Indian upper class which bought its fashionable China goods to use during the vast rounds of social events that marked the cool weather season. The porcelain is slightly less familiar, however, to Europeans than its predecessor before the beginning of the Napoleonic Wars. The European market changed at the end of the 18. Technology played a large part in this. New improved ceramic mixers pioneered especially by, Wedgwood, in England enabled cheaper, stronger vessels to be potted, for export all over Europe and to the colonies.

And accompanying this innovation of the 18. Century industrial revolution was another; the invention of transfer printing. This made it possible for potters, in Staffordshire and elsewhere, to manufacture much more cheaply long runs of identical pots; because the design, ? Onto uncoated pot from an engraved copper plate, rather than hand painted, was almost infinitely. This made manufacturing popular ceramics in Europe much cheaper, and largely eliminated the production cost advantages of Chinese export porcelain, which had enabled it to maintain its huge share of the market in Europe as late as the 1770?

So the Diana Cargo marks a moment of transition in the taste and demand; one of the areas where this? Will continue to provide information for decades. This project was the culmination of a diver? From nothing, with nothing more than a dream to drive us, my wife and I spent ten years searching for the DIANA. We finally found her, and by doing so, we recovered from complete obscurity, the splendid cargo offered for sale, 178 years later to the day that she sank beneath the waters of the Straits of Malacca.

This item is in the category "Antiques\Asian/Oriental Antiques\Chinese\Porcelain". The seller is "joblackdog" and is located in this country: GB.

This item can be shipped worldwide.